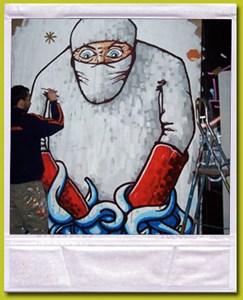 Julien Colombier lives and works in Paris, France as an artist as well as a student pursuing an advanced degree in textile design. Preferring to work large on vast sheets of paper or directly on the wall – the more direct, the better. Julien is part of a younger generation of artists, the “DIY’s” (do-it-yourself) that have for many years in America and now in Europe, grown up on and been irradiated with “pop” culture, reality TV, Manga, graffiti, music, and action sports – from skateboarding to wind surfing - defining the image, fashion and vision of a movement that has been copied by the upper echelons of corporate commercial headquarters everywhere. Imitated by many, these artists know in their hearts, that they have a vision and product uniquely their own. Julien’s vision has a lyrical rawness to it, which is brash and colourful, energetic, bold and beautiful creating in its wake a slew of fictional “personnages” that inhabit our reality.  More at www.myspace.com/mrjulien_c (defunct). 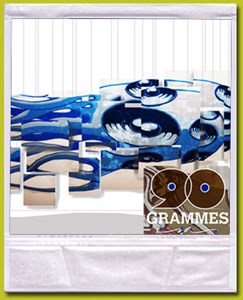 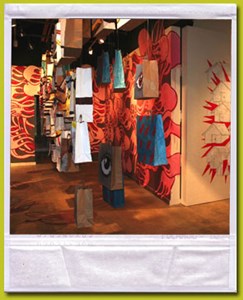 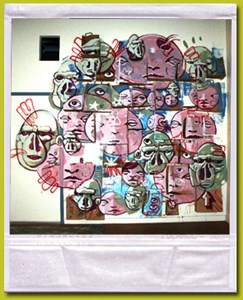 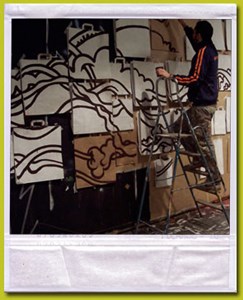