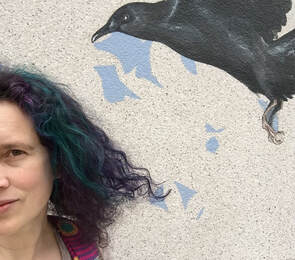 ​​Gayle Brandeis is the author, most recently, of the novel in poems, Many Restless Concerns (Black Lawrence Press), longlisted for the Bram Stoker Award, and the memoir The Art of Misdiagnosis (Beacon Press).  Earlier books include the poetry collection The Selfless Bliss of the Body (Finishing Line Press), the craft book Fruitflesh: Seeds of Inspiration for Women Who Write (HarperOne) and the novels The Book of Dead Birds (HarperCollins), which won the Bellwether Prize for Fiction of Social Engagement judged by Barbara Kingsolver, Toni Morrison, and Maxine Hong Kingston, Self Storage (Ballantine), Delta Girls (Ballantine), and My Life with the Lincolns (Henry Holt BYR), which was chosen as a state-wide read in Wisconsin. Her poetry, essays, and short fiction have been widely published in places such as The Guardian, The New York Times, The Washington Post, O (The Oprah Magazine), The Rumpus, Salon, Longreads, and more, and have received numerous honors, including a Barbara Mandigo Kelly Peace Poetry Award, Notable Essays in Best American Essays 2016, 2019, and 2020, the QPB/Story Magazine Short Story Award and the 2018 Multi Genre Maverick Writer Award. She was named A Writer Who Makes a Difference by The Writer Magazine, and served as Inlandia Literary Laureate from 2012-2014, focusing on bringing writing workshops to underserved communities. She teaches at Sierra Nevada University and Antioch University Los Angeles. 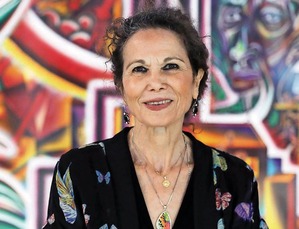 ​Born in New York City in 1950, Julia Alvarez's parents returned to their native country, Dominican Republic, shortly after her birth. Ten years later, the family was forced to flee to the United States because of her father’s involvement in a plot to overthrow the dictator, Trujillo.  Alvarez has written novels (How the García Girls Lost Their Accents, In the Time of the Butterflies, ¡Yo!, In the Name of Salomé, Saving the World, Afterlife), collections of poems (Homecoming, The Other Side/ El Otro Lado, The Woman I Kept to Myself), nonfiction (Something to Declare, Once Upon A Quinceañera, and A Wedding in Haiti), and numerous books for young readers (including the Tía Lola Stories series, Before We Were Free, finding miracles, Return to Sender and Where Do They Go?). Alvarez’s awards include the Pura Belpré and Américas Awards for her books for young readers, the Hispanic Heritage Award, and the F. Scott Fitzgerald Award. In 2013, she received the National Medal of Arts from President Obama.
​This project is partially funded by the California Arts Council's Artists in Communities program. ​