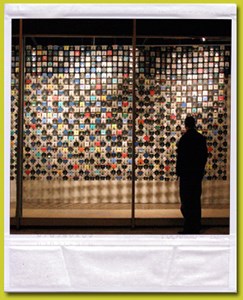 Weaving is a near-magical process for creating substance, whether literally for things as basic as cloth, or metaphorically for things as basic as the universe. Literal approaches traditionally focus on the creation of pattern, metaphorical approaches on the creation of meaning. The works in "Textile" explore both pattern and meaning, weaving nonstandard materials such as playing cards, matchbook covers, and drugstore brochures.

"Front Curtain" is a continuation of my work in textile-influenced sculpture. Differences from the work in "Textile" include a shift to architectural scale, and concomitant use of sturdier materials (floppy disks, nylon web, bolted joints). "Front Curtain" was influenced by El Anatsui, world pioneer of large-scale textile assemblage.  Learn more at www.richardgleaves.net. 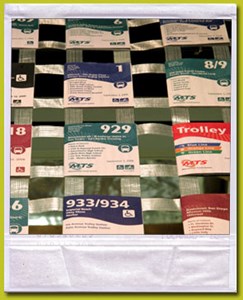 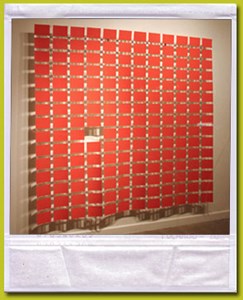 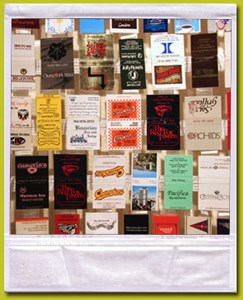 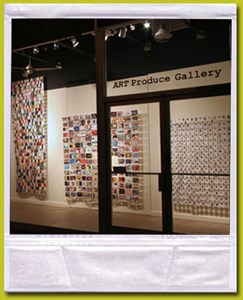 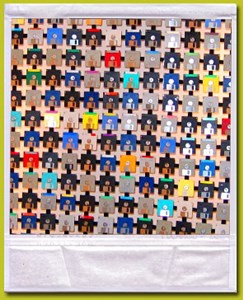 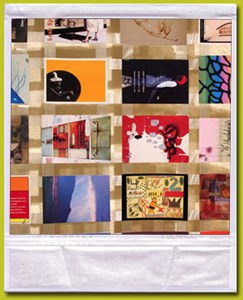